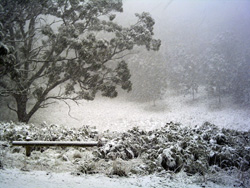 A rare snowfall in the crater on Mt Buninyong.
Photo by Barry Grewcock, 8th July 2008

Mount Buninyong is an extinct volcanic mountain 745 metres above sea level. A great landmark of the district, it stands out from the vast Western Plains next to its northern sister Mt Warrenheip and is visible from the high-rise towers of Melbourne in the west and the Grampians in the east, providing a welcome sign of home to countless generations of local people.

Mount Buninyong was long the spiritual home of the Keyeet Balug clan of the Wathaurang (or Wada Warrung) people who occupied this area for thousands of years before new waves of settlers arrived in the early nineteenth century. An aboriginal burial site was located in the 1860's and stone tools have been found there but no archaeological survey has yet been carried out.

Walks through the crater and up to the lookout tower are a popular recreation and if snow falls in the district it will always be best on the Mount.

I love the mount 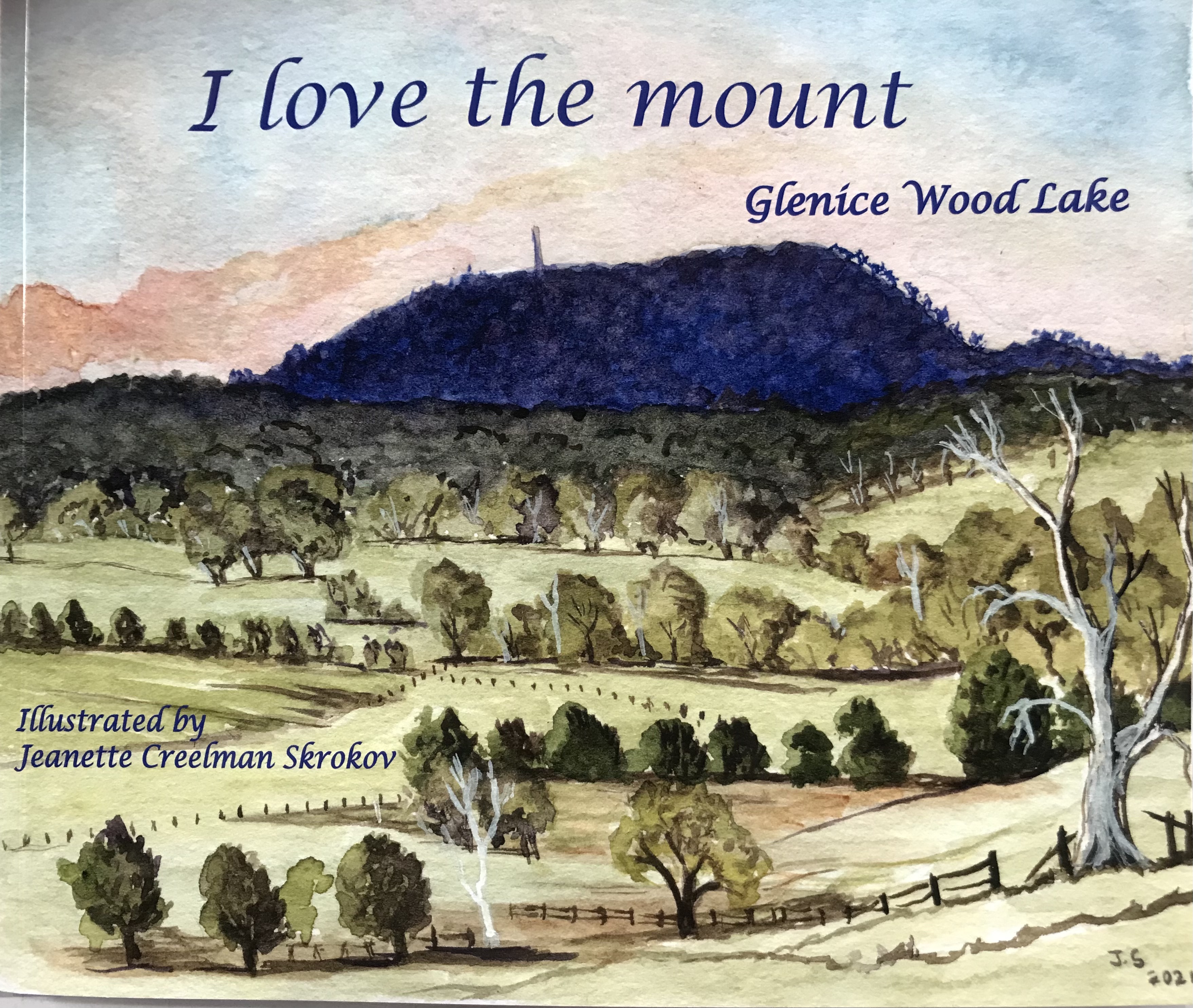 In 1837 a party of seven men travelled up from the fledgling settlement of Geelong and became the first European people to view the country to the west and north-west from its summit. Mt Buninyong Reserve, an area of 90 hectares (217 acres) was set aside as a Public Park in 1866. The road to the top was completed in 1926. There have been three lookouts, the most recent was completed in 1979.

In the 19th century the area was a very popular scenic attraction. Walks meandered from the foothills up through the crater to the summit and a simple wooden lookout platform. Later additions included a rotunda-style shelter, toilets and barbecue facilities.